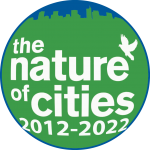 The first issue of Sprout: an eco-urban poetry journal begins with the Black female body on display, “standing here / splitting insides open for you / to grab to microscope..

To advance transdisciplinary conversations about and around what constitutes the eco-urban, for each issue we reach out to a member of The Nature of Cities community to share their thoughts and reflections on the content collected therein. We curate responses from urban planners, ecologists, architects, artists, and scientists to broaden discussions around who gets to speak for a city. We embrace multiple registers and ways of thinking about green cities. 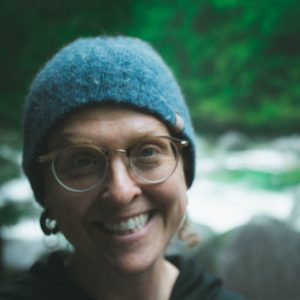 Anne Stewart received her PhD in English literature from the University of Texas at Austin. She is currently a lecturer in the College of Liberal Arts at the University of British Columbia, and conducts research in Vancouver on the traditional, ancestral, and unceded territories of the Musqueam, Squamish, and Tsleil-Waututh people. She studies 20th and 21st c. U.S. fiction, with a focus on Indigenous literatures, critical ethnic studies, and the environmental humanities. Her work has been published in MELUS, Studies in American Indian Literatures, Contemporary Women’s Writing, and The E3W Review of Books, and is forthcoming in the Routledge Handbook of CoFuturisms. Her first book-length project, Angry Planet Fiction, is under contract with the University of Minnesota Press.